Posted on May 29, 2012 by stephwithoutborders

We’ve all experienced kind words or seemingly helpful advice from persistent and charming people. Those who glide us into their world spinning and twisting, making us believe it is what we want or where we need to go. The Peruvians have this dance nailed down. You might not even know you have taken part until it is over and you are left, breathless and slightly disoriented, wondering where you are. Welcome, my friends, to the Peruvian Hustle!

If you’ve never seen or danced the hustle, you might want to check out this guy. He’s pretty smooth:

There are two main types of the Hustle in Peru. First let’s talk about the coastal hustle. It’s a fast moving, fast talking sort of dance. It happens so quickly that you are left unsure why you are out of breath. The person dancing with you hardly lets you get a word in; they just keep moving their lips. The Coastal Hustlers will go to lengths unimaginable to gain your confidence and secure you as a partner in their dance. You will start to believe that this person would do anything for you.

My best example of the Coastal Hustle happened the moment I arrived in Peru. I met a friend at the airport in Lima, it was near midnight and our hostel was supposed to have a driver there waiting for us. We walked through customs, searched the group of people for our names and found nothing. Meanwhile an official taxista waved us over to see if we needed a ride. We told him no, that our hostel was supposed to be here. He asked where we were staying and we told him. This was mistake number one. The safe way to avoid the dance would have been to walk away and go back inside to look again for our driver, without giving the taxista any information.

Next the taxista pulled out his cell phone and with a kind smile said he’d call our hostel. He got someone on the phone and then handed it to me. The guy I spoke with said they were unable to get us since it was a holiday, Easter, and that we should take a cab. Mistake number two, believing that I was actually talking to the hostel.

Our super friendly taxista then led us to a car and helped us with our bags. We got in and started driving. BIG GIANT MISTAKE NUMBER THREE!!! We did not ask the fare before getting in the car. Always ask the fare before entering a cab. We know this. Blame it on tiredness; blame it on being too trustworthy, either way we were now fully engaged in the Coastal Hustle with no real opportunity of backing out of the dance. The fare, which he had written down on an official looking card, was three times what it should have been. The area around the Lima airport is notoriously dangerous, and getting out of the cab after midnight was not an option. He dropped us at our hostel and sped away as quick as could be. The girl at the hostel was surprised to see us, as our driver was still waiting for us at the airport.

Lawyer? Hustler? Is there a difference? 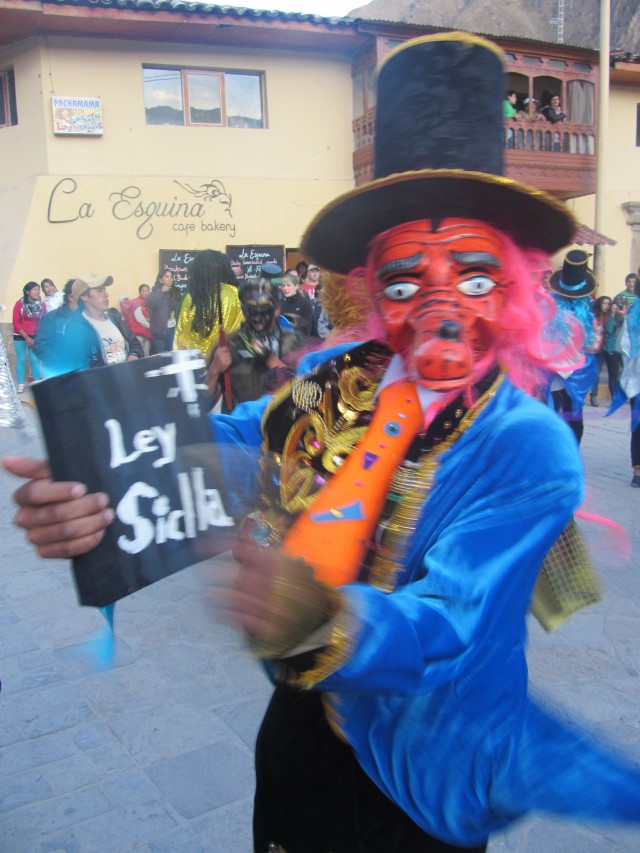 Also typical of the Coastal Hustle is the Coastal Hand Off. You are dealing with someone who is “helping” you, and all of a sudden you are handed off to a new partner. At first you may be confused, wondering if you’d been with this person all along. Trust your instincts, the hand off is a classic hustle move. At the end of the hand off you will have paid more for the service of being transferred to another human. If someone is doing something for you that you are perfectly capable of doing yourself, you have likely been handed off. 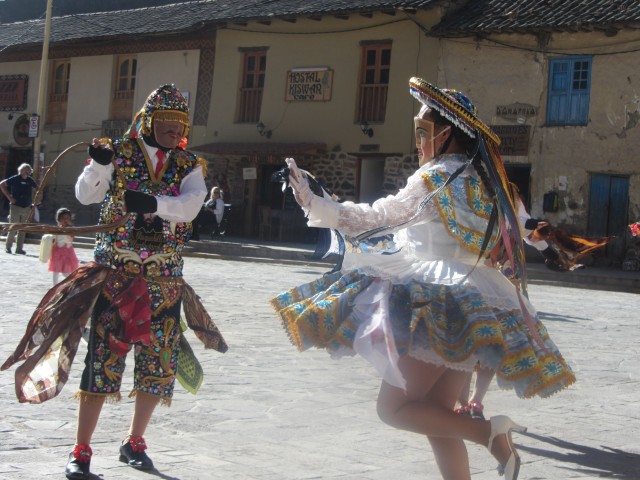 Adolfo was a sweet Coastal Hustler who started as our taxi driver in Ica and effortlessly handed us off to a hostel in Huacacina. He kindly signed us into our room, got the key and showed us the way. We paid much more that night than we did the next, for the same accommodations. Was it an Easter holiday surcharge or the Coastal Hustle? Probably it was a bit of both. He made up for it by giving us a good deal on transportation to Nazca. Hustlers aren’t necessarily bad people; they’re just trying to make an extra buck or ten. 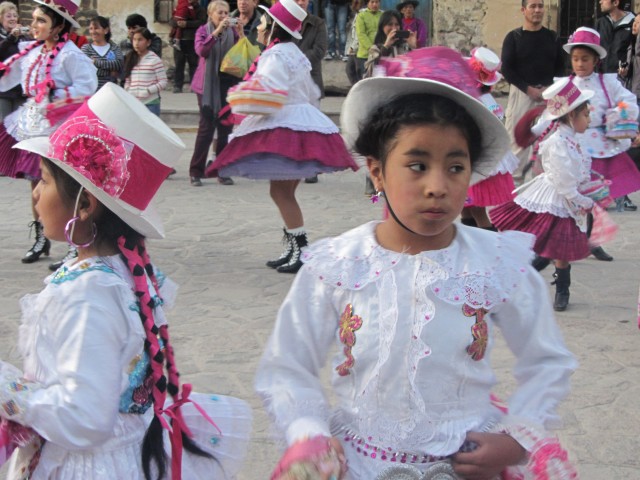 Then there is the Mountain Hustle. This dance is slower, it unwinds at such a pace that you never feel like anything out of the ordinary is going on. The Mountain Hustle has two main components that should help you recognize it

The male lead will be calm and firm, assuring you that your plans will not work, but that he can help you. This often unfolds when inquiring about local buses, whose time frames are made to be seen as unpredictable so that you will pay more for a transfer van or a guided tour. 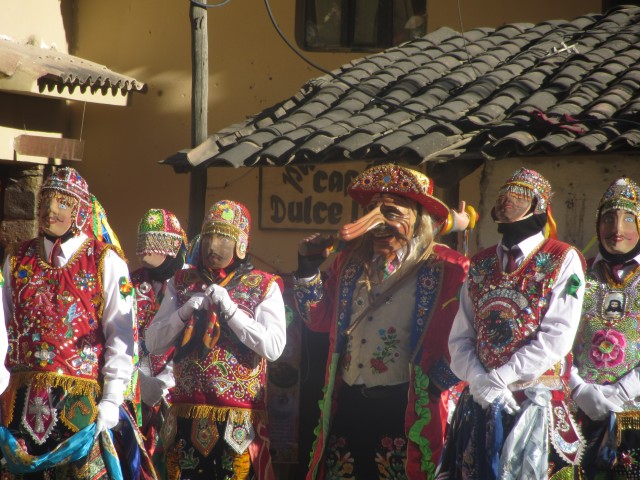 The female lead will use incessant flowery language and a soft voice to entice you to dance. We witnessed this on the floating reed islands of Uros, near Puno on Lake Titicaca. Here the women selling crafts practically whisper. “Amiga, amiga, don’t you like this? We survive on these crafts, we make them here on our island”, she said, with a pained look in her eye begging for sympathy and cash. And oh how we caved, and purchased a wall hanging for more than double the cost of the EXACT same one we saw later back in Puno.

Now that you know what the hustle looks like, let’s learn how to dance. This is a disco, so you pretty much shake your hips at all times. Are you shaking them? Come on…really move here!

First, step backwards for eight counts, and then step forward for eight counts. When someone approaches you trying to get you to buy or do something, avoidance often works. Just hang back, wait, try not responding at all or pretend to be paying attention to something else. They will get bored and walk away. 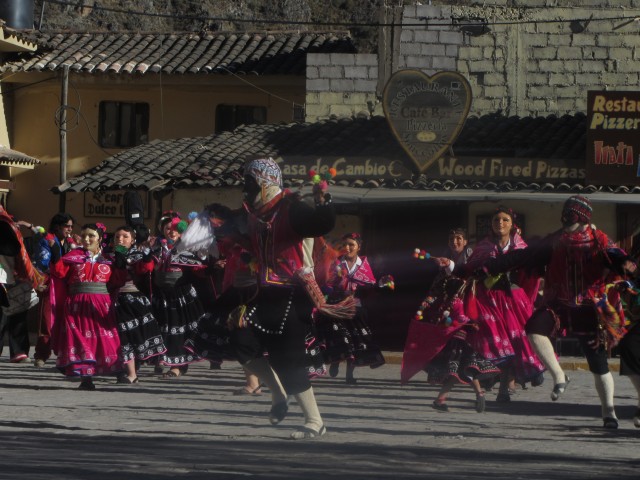 Do the Travolta for eight counts. Well, if you really did the Travolta while someone was trying to scam you, they’d probably get scared and walk off. Acting crazy is great self-defense.

The eggbeater for two, the chicken for two…be direct. Be firm. Look them in the eye and stand your ground.

Then take one step forward: take control before the hustle starts. Ask local vendors or your hostel how much cab rides or certain items should cost.

One step back: If you start walking away after refusing a price for something, the price almost always starts dropping.

One step sideways: It’s like looking the other way. I’ve started wearing headphones and listening to music everywhere I walk in Cusco. It has eliminated 70% or more of the people trying to hustle me on the streets. If you try this, remember to look around more. Cars in South America typically don’t care too much about pedestrian right of way.

Then take a quarter turn left, and…repeat, probably for as long as you are here!

I decided to sell (almost) everything I own and buy a plane ticket to South America. This is all about why and how, and what happens next.
View all posts by stephwithoutborders →
This entry was posted in South American Travel, Travel Tips and tagged avoiding scams, coast, con artists, dancing, hustle, mountains, Peru, scams, tourist traps. Bookmark the permalink.

8 Responses to The Peruvian Hustle